Sunknowledge Services Inc is located in the educational and cultural capital of India, Kolkata , known as a the “city of joy”! The unique blend of Eastern and Western cultural influences over the centuries has stimulated the cosmopolitan fabric of the city, making it cultural epicenter of the country.

It is well ahead than any other megacity in Asia with its heritage, contribution to the Indian society with its literary and artistic pursuits. As a city of progressive learning & thinking, Kolkata remains at the vanguard of artistic, cultural, literary initiatives across the country.

The city is the capital of the State of West Bengal. There was a time when Gopal Krishna Gokhale rightfully remarked “What Bengal thinks today, India thinks tomorrow”! 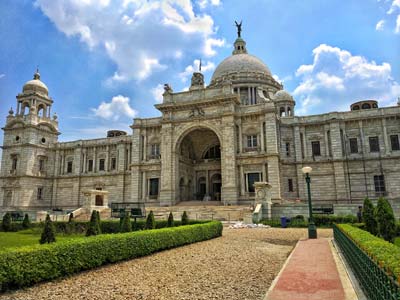 It has always been a land of poets, philosophers, reformers, historians, linguistics, scientists, Nobel laureates, freedom fighters, musicians and men of eminence in the field of cinema, performing arts, music & theatre. In fact, five Noble Prize Winners have been associated with Kolkata:

Kolkata, is surely the “Knowledge Capital” of Asia with schools, colleges, universities , centers of excellence that have a glorious past, strong present and state of the art infrastructure. The city have over five hundred colleges and excellent educational institutions.

A unique city in all aspects

The city brings in quality, productive and skilled manpower at the cheapest price. Sunknowledge Services Inc takes pride in the fact that it has the finest pool of resources around. The city offers flexibility, great food cuisines and last but not the least a home to live in for everyone!

Enough of us! Lets know about your areas of interest! Get connected for a quick discussion on how we can elevate your revenue cycle management experience by working as a seamless operational extension.